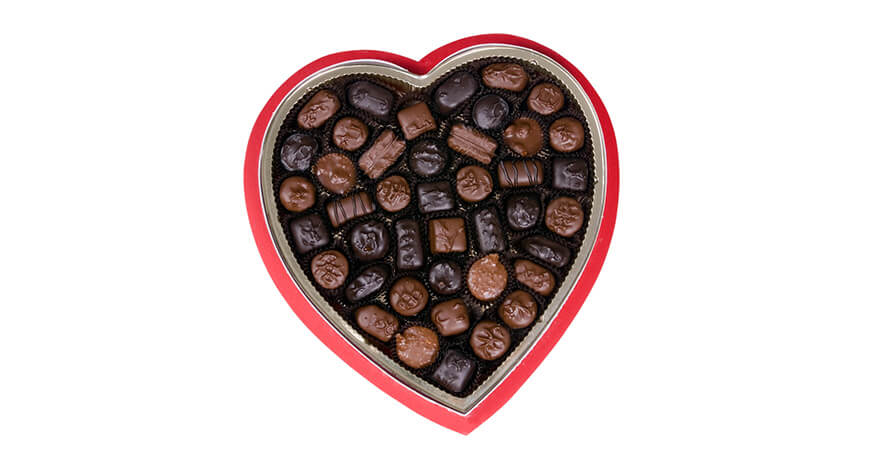 In fact dark chocolate has benefits… it’s loaded with antioxidants.  Antioxidants help free our bodies of free radicals, which can cause oxidative damage to the cells.  Free radicals are implicated in the aging process.  So eating antioxidant rich foods such as dark chocolate can aid in slowing down signs of aging.

Acne development can be attributed to three major factors. (All three factors must be present to formulate acne)

Abnormal shedding of skin cells – The epidermis sheds dead skin cells, which is referred to as the desquamation process.  With normal skin types, dead skin cells slough away from the stratum corneum and are replaced by new cells.  However, in the case of acne prone skin due to the abundance of oil accumulation, four to five times more skin cells are produced, resulting in clogged pores. Imagine being trapped underneath a surface with no way out…. This is what happens in the case of clogged pores. Exfoliation – scrubs, breakup the dead skin cells allowing the regeneration process, however at a slower pace than normal skin types.

Proliferation Bacteria – P. Acnes (Propionibacteria acnes), bacteria found on most skin.  With acne prone skin, P.acnes population grows out of control.  An unhealthy environment is created, limiting oxygen into the pores. P. acnes thrives off oil trapped within the pores, resulting in fatty acid waste. Treatments such as Oxygen Facials help to replenish, rejuvenate and hydrate the skin.  Creating a healthier environment and skin.

Until next time…… glimmer, shimmer and glow!